A primary goal of Orgyen Samye Chökhor Ling is to help the nuns achieve self-sufficiency through education, skill-building, and income-generating projects. The nunnery is currently supported by donations from the Padmasambhava Buddhist Center (PBC). If the nunnery could become self-supporting, this would empower the nuns, provide a model and experience of self-support for those who will return to the Himalayas, and ensure the long-term sustainability and growth of the nunnery as a safe and nurturing home for female Asian leaders.

There is much room for growth, since the current buildings could house up to eighty women, and the four acres of land allow for several additional buildings.

Altogether, several of the nuns’ daily activities could potentially provide self-sustainability, including:

All of these activities contribute to Orgyen Samye Chökhor Ling becoming self-supporting through the nuns’ own efforts. This would ensure the long-term sustainability and growth of the nunnery. If it can become self-sustaining, then it can grow. This could become a center for women’s empowerment and Himalayan cultural preservation, both within the nunnery itself and through the influence of its alumni.

Training Nuns to be Leaders in Their Local and Indigenous Communities 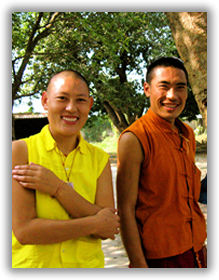 The Venerable Khenpo Rinpoches founded the nunnery in 2003 as part of their dedication to equal opportunities for women, a dedication that is apparent throughout their work. This nunnery is typical of their quiet, grassroots approach to problems, gently inviting people to be better. As the nuns continue their studies and take active roles running the nunnery, they gain confidence and skills. Those whose lives are touched by the nunnery include: the nuns themselves; their families and relatives, if any; the members of the larger Sarnath community with whom they interact; the Western Buddhists who are inspired by them and by the act of helping them; and, in the cases of the young women who return to their home regions in the Himalayas, the people whose lives will be affected by these indigenous leaders in an increasingly tense part of the world.

Orgyen Samye Chökhor Ling is committed to the safety and flourishing of women, as individuals and as religious and community leaders. Their development reaches beyond the nunnery, both for the women who will remain in Sarnath as nuns and influence the local community, and the women who will leave the nunnery and return to the Himalayan region, where they will exercise influence and command respect as healthy, well-traveled women who are learned in both Buddhist religious practices and more secular disciplines.

Education in Modern and Cultural Heritage

Orgyen Samye Chökhor Ling is a Buddhist nunnery of the Padmasambhava Buddhist Center. Its purpose is to foster love and compassion, and the development of women in a part of the world where that is not always a priority.

It seeks to empower women as leaders and catalysts for change focused on the common good in the context of a systemic awareness that extends from local to global in scope. Orgyen Samye Chökhor Ling impacts: women’s rights; preservation of Tibetan culture and language; spirituality; development of indigenous communities in the Himalayas, including education and healthcare; and encouragement of voices for peace in the midst of increasing international tension. 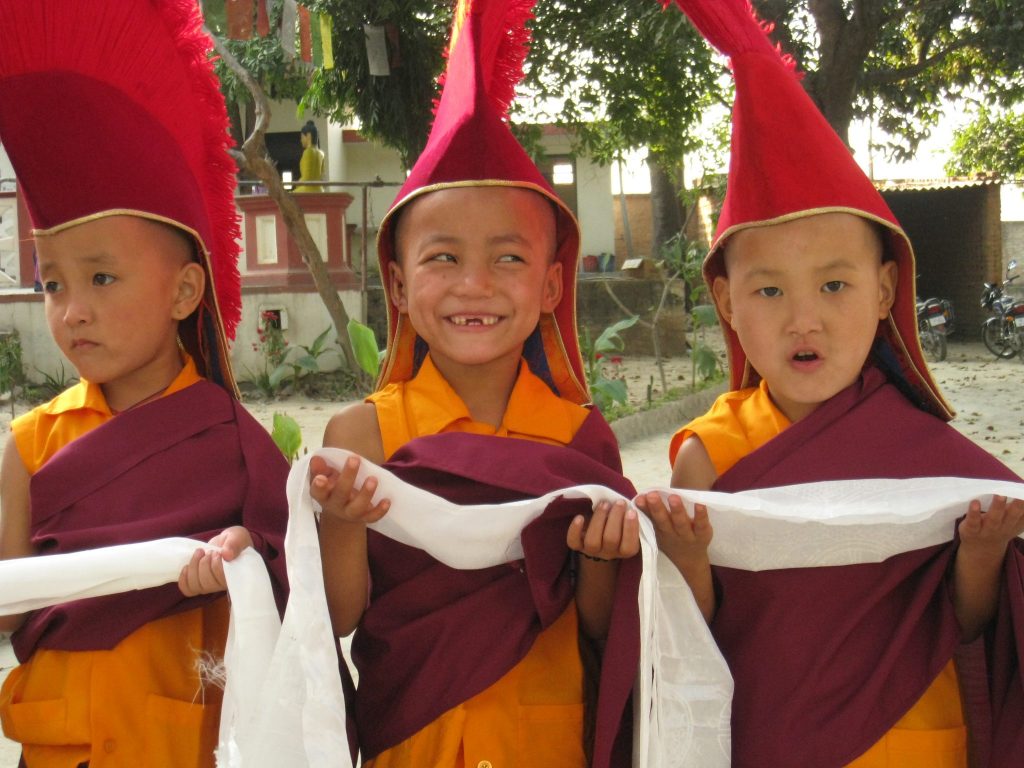 In this way, it is typical of the Venerable Khenpo Rinpoches’ work: limited resources and community members working together to further multiple projects through collaborative vision and activities. Therefore, not only the values, but the methodology are worthy of being lifted up as exemplary.

The success and growth of Orgyen Samye Chökhor Ling serves as an inspiration for women in Sarnath and in the Himalayas, as well as for women in the West who support it. A place like Orgyen Samye Chökhor Ling, where women and girls from the Himalayas can receive healthcare and education, is vital and still unusual, and this kind of success inspires other women—and men too. It also highlights, through its success, the continuing need for projects and places like Orgyen Samye Chökhor Ling. The Khenpo Rinpoches’ vision, encompassing as it does elements of both traditional Buddhist and Western-style education, gives an unusual and very powerful character to these women’s development and their potential impact in the world.

Ensuring the Growth and Well-being of the Nuns

Lama Sherab Tharchin was born in Tibet, and studied and trained in the lineage of Tsasum Lingpa since his early childhood. After coming to India, he received many teachings from Khenchen Palden Sherab Rinpoche. He now looks after the Venerable Khenpo Rinpoches’ monastery, Padma Samye Chökhor Ling, in Sarnath, India, teaching Vajrayana ritual and overseeing the well-being of all the monks.

Ani Konchok was born in Tibet, where she completed two three-year retreats. Since late 1990’s in India, she has received many teachings from Venerable Khenchen Palden Sherab Rinpoche. As the senior nun at the Venerable Khenpo Rinpoches’ nunnery, Orgyen Samye Chökhor Ling, in Sarnath, India, she teaches traditional Tibetan Buddhist melodies and chanting, and oversees the training of all the young nuns, kindly caring for them like their mother.

Karma Sonam was born in Tibet, and is the caretaker of the Venerable Khenpo Rinpoches’ monastery, Padma Samye Chökhor Ling. He maintains daily morning and evening practices, and cares for all the monks.